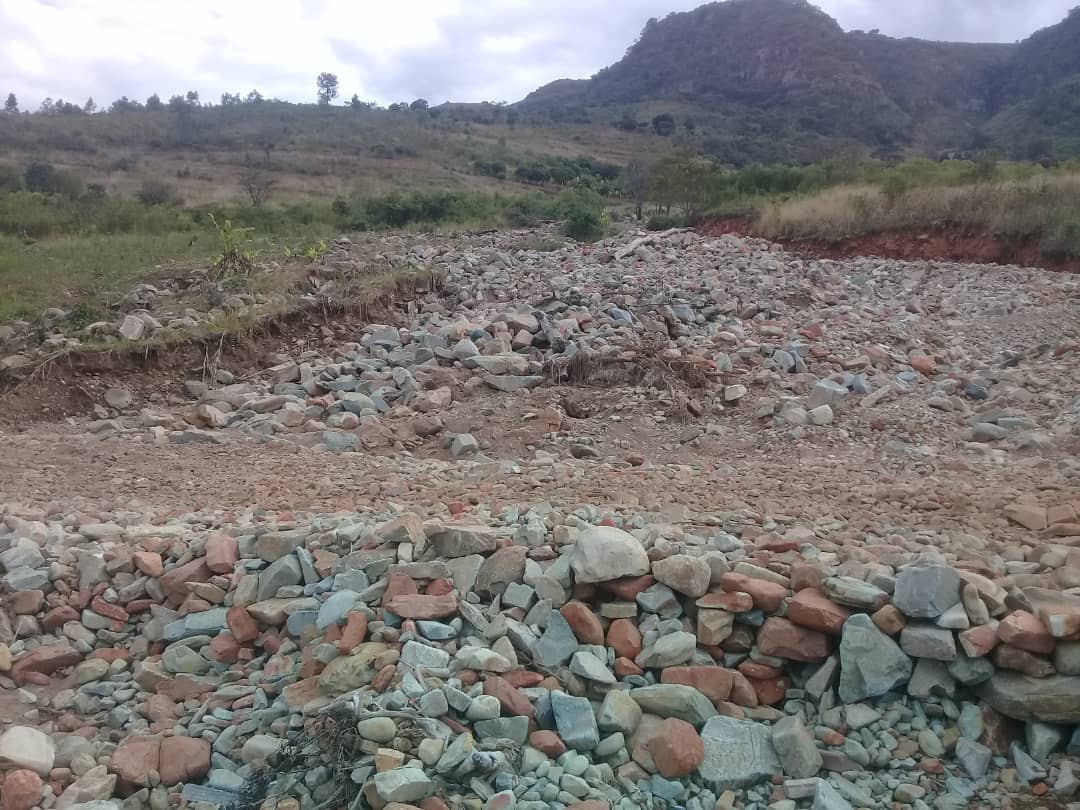 Seven months ago the Chimanimani district of Zimbabwe was hit by one of the worst tropical cyclones on record in Africa. Many people lost their lives and many more saw their homes, schools and communities destroyed, and vital supplies like water, food and medicine in short supply.

People who we work with in Zimbabwe, like John Mhlanga, a Community Health Worker and Voluntary Health Educator, lost his families food for the year ahead and his field of seeds. He said, ‘I woke up on 16th March 2019 and saw that my field that was green with seed and food crops yesterday was washed away during the night by the cyclone and replaced with a valley of stones. I did not know if I was dreaming or not. I wished it was a dream but it was not.’ 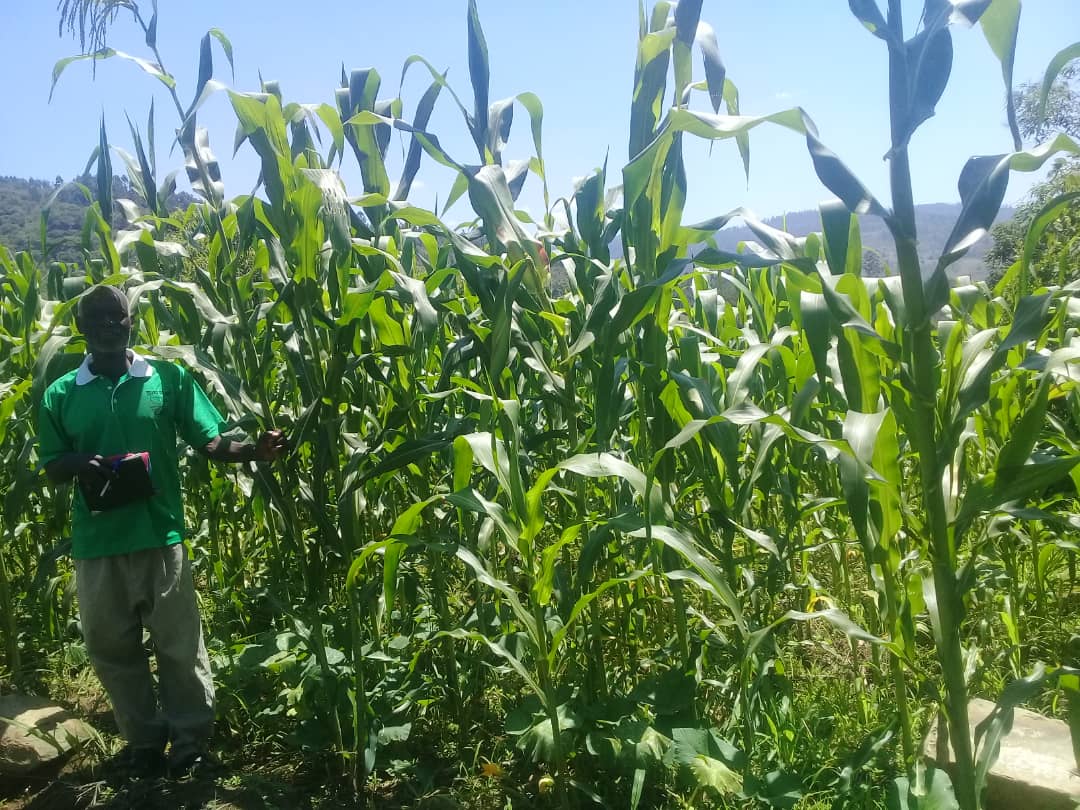 John Malangha with his crops before the cyclone, and the crop field after the cyclone.

Alongside our partners and those affected by the cyclone, we launched an emergency appeal, and we wanted to use this opportunity to thank those who supported it for your solidarity. Together, we raised £1,824 which the local community, our partners and our staff, have been using to repair the damage done by the disaster, along with other funds.

Over the last 7 months, a lot has been done – from setting up coordination centres to provide medical assistance, re-planting of farmland, rebuilding homes, and identifying and addressing the collective trauma and mental health impacts of the cyclone.

People like John are taking the lead to help rebuild their communities, applying the skills they developed alongside Health Poverty Action and Find Your Feet.

“The training that I did in mental health…helped me and my networks to cope with this horrible situation because we know that we can develop health complications if we think about this bad thing that befell us instead of what we can do to improve what is happening to us now.”

While we celebrate and recognise the amazing work of communities in combatting the risks they face from disasters like cyclone Idai, this only tells half the story.

So-called ‘natural disasters’ are now more frequent, severe and damaging as a result of increasing temperatures, warming oceans and other factors such as deforestation – all of which can be understood as outcomes of the climate crisis, an entirely human-made crisis. Cyclone Idai itself was said to have been greatly exacerbated by the climate crisis by increasing the intensity of rainfall and flooding.

While the effects of the climate crisis can be felt everywhere, communities in the Global South, indigenous peoples and those from the working classes in the Global North feel the strongest effects – this is despite these groups contributing less than 10% to its causes. In the UK for example, there are higher concentrations of pollution in the 20% most deprived communities in England, and we have already seen the devastating impacts increasingly severe ‘natural disasters’ can have.

By calling these events ‘natural’ however, we ignore the role that society has played in contributing to these extreme events. They must be seen as exacerbated by human acts, or more specifically, exacerbated by a rigged system that allows powerful governments and corporations to put profit above people and planet. It is only when we address and re-programme the system can we truly achieve climate justice and fulfil our right to a healthy life.