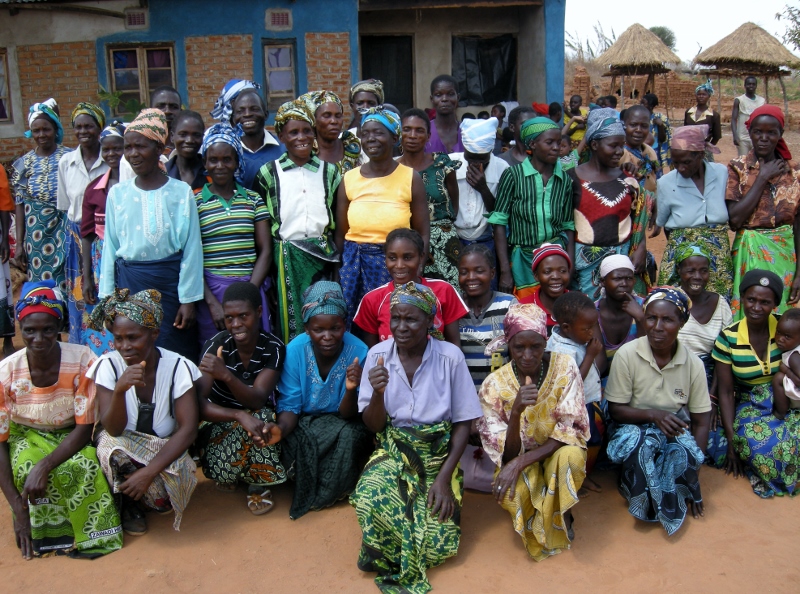 The families living in the Agripa Jere village in Malawi are already experiencing the impact of climate change. In their day to day lives they might not talk about climate change, but they will note the heavy rainfall that they were not expecting that has damaged their crops, or the drought they experienced last harvest that meant their maize did not grow. They will also feel the impact immediately when the price of necessities such as salt increases at the local market, preventing them from affording even the most basic additions to their diet.

In one of the poorest countries in the world, without support, their struggle to grow enough food to last them from one harvest to the next is further compounded because many within the community have been affected by HIV and AIDS.

When we first met the families from the Agripa Jere village it was clear that hunger was their most pressing need, but that managing their health and well-being so they could cope with the HIV virus was also a priority. In response we supported 13 women and 4 men to form a village support group.

We provided the group with training in low-cost farming techniques so they could grow more food and a wider variety of foods such as vegetables. We also taught the group which foods were the most nutritious and how to prepare them so they can share their knowledge with people from the community who are HIV positive, enabling them to better manage their health. Now the group meets once a month to discuss which crops to grow and how to cope with the changing climate. They also support the rest of the community to better manage their health so they can become more resilient.

"In the past, we just ate maize and beans. The training on nutrition has taught us the advantages of growing a range of crops and having a balanced diet, which is particularly important as we are sick. We also bake cakes and bread as a group, which we sell in the markets. Some of the profits go to supporting the group, some go to the individual members."
Oline Kumwenda, Agripa village.

By 2017, with support from the Big Lottery Fund and the Development Fund, our aim is to reach 5,380 vulnerable families like those from the Agripa Jere community, enabling them to grow more
nutritious food so they can stay healthy and live free from poverty.